Looking into the past to understand the future 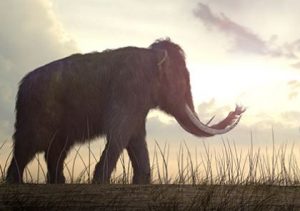 In collaboration with the Grantham Institute (Imperial College, London), the Royal Meteorological Society hosted a joint meeting on 3 April 2019 on a geologic epoch 5.3 to 2.6 million years ago – the Pliocene. This era was the last time carbon dioxide concentrations on Earth were as high as today (above 400 ppm). The scientists presenting during this national meeting looked at the topic from different angles: the scientific evidence from sediment records and fossils, changes in Antarctica and sea level rise. Looking into the past and understanding change is essential to learn about climate change today. Professor Alan Haywood (University of Leeds) cautioned that there are uncertainties in reconstructing temperature and carbon dioxide records and so careful interpretation is required. Professor Dame Jane Francis (British Antarctic Survey) described fossil plant evidence that indicated that, during periods of glacial retreat, summer temperatures may have been as warm as 5°C, over 20°C warmer than present in central Antarctica, ultimately resulting in less ice and much higher global sea levels.

The Pliocene provides valuable information about the world we are heading towards.

The event received a wide press coverage, for example through the  BBC, the Guardian or the Independent. In a Q&A with the Grantham Institute, the speaker of the event Professor Haywood gives more insight into the topic. The presentations of all speakers and a video recording of the meeting can be found at the RMetS website here.