Conor Purcell, Ireland, has been selected to receive the EMS Journalist Award 2021 for his article “A sharper view of the world’s oceans – Models of the behaviour of the oceans with higher spatial resolution could lead to more accurate climate predictions.” which was published on 13 November 2019 in Nature Outlook: Physical oceanography, doi: https://doi.org/10.1038/d41586-019-03465-9.

Conor Purcell receives this award for outstanding science writing that presents state-of-the-art scientific research in a well readable article with a gripping narrative to the general public.

Conor “I am both surprised and honoured to win this award. Having worked originally as a meteorologist and climatologist, and then these past five years as a journalist writing around those topics, this really means a lot to me. I live and breathe Earth Science and I’m always trying to find new creative ways to tell stories which captivate the imagination. I think that the Nature article on the Malaysian Airlines MH370 mystery does exactly that.”

Conor Purcell’s article in Nature is an example of clear and understandable science journalism in the field of oceanography and climatology. Through a well-structured narrative, and using the state-of-the-art in ocean modelling, Purcell helps to bridge the communication gap between modern scientific achievements and the general public. He presents different points of view on a complex topic. For instance, he takes an interesting angle by looking at ocean models and their ability to calculate the action of ocean drift. This is also being used for oil spills and maritime accidents on an operational basis. Purcell’s article raises awareness around this important application of ocean modelling.

Gripping the reader’s attention with the mystery of Malaysian Airlines flight MH370, he uses the air traffic catastrophe and the search for debris – found thousands of kilometres away – to write about ocean circulation and the possibilities around using ocean modelling. This is a welcome contribution, especially since climate models are rather abstract constructions and not easy to understand.

It is also quite impressive how Purcell covered a wide range of additional issues in oceanography, such as model parameterisation and internal waves. He addresses relevant and up-to-date topics on the challenges of ocean modelling, the role of resolution, coupling with the atmosphere, the importance of observations, as well as the link to international programmes such as CLIVAR and GOOS. Overall the article helps point out where ocean modelling and its application to climate change forecasting is headed in the future. 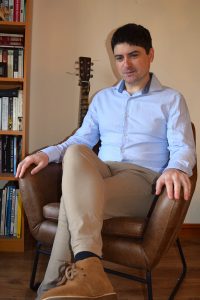 Conor is a freelance science journalist and editor with a PhD in Earth Science. He is a regular contributor at The Irish Times and has also written for publications including Nature, Science, Scientific American, and New Scientist, amongst many more.

He writes mostly on Earth science – particularly oceanography, meteorology and climate – but has increasingly involved himself in writing about physics, mathematics, space and health. During his career as a researcher he co-authored on a scientific paper published in Nature, and he is currently secretary of the Irish Science and Technology Journalists’ Association (ISTJA).

Conor is also the founder of xyMaths.ie for high school Mathematics students in Ireland, the PurcellProof editing service (www.purcellproof.com), and previously the Wide Orbits community for Ideas, Issues, and Culture (wideorbits.com). In addition to his work in journalism, he is a private tutor and musician. A collection of his work in journalism can be found at cppurcell.tumblr.com .

An event to honour the awardees will be held at the virtual EMS2021 Annual Meeting, and Conor will also participate in the Media and Communication Session. 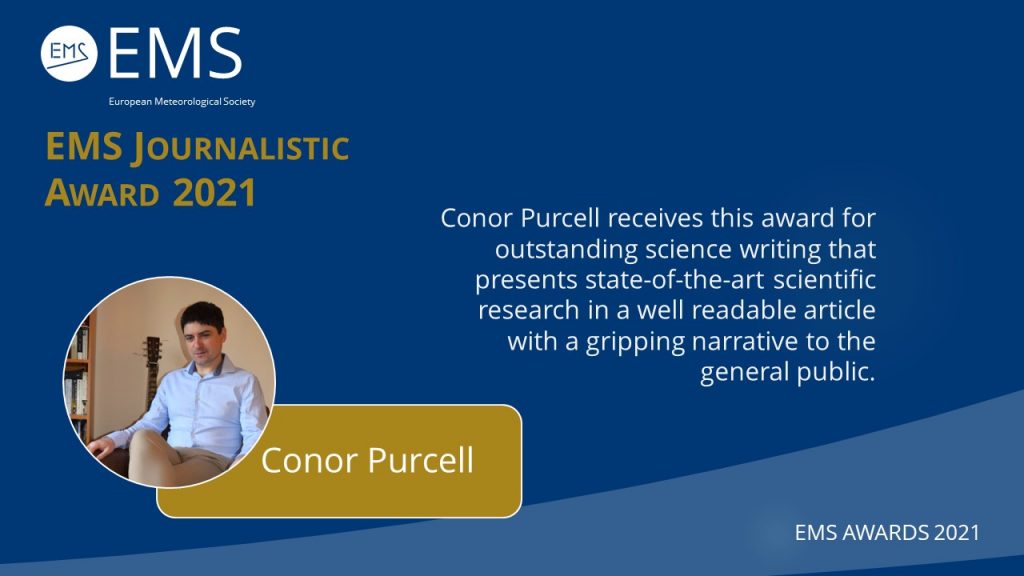