Interview of the month: Clemens Simmer 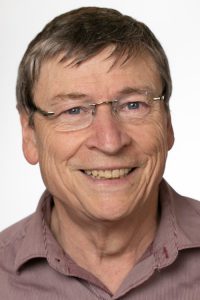 Clemens Simmer took up the office of the President of the German Meteorological Society (DMG, Deutsche Meteorologische Gesellschaft on 1 January 2020. He very recently retired as chair for General and Experimental Meteorology at University Bonn, where he installed and led a large long-term inter-university research programme on the interaction between the atmosphere and the land surface. In cooperation with the German national meteorological service (DWD, Deutscher Wetterdienst) he initiated the Hans-Ertel-Center for Weather Research (HErZ, Hans-Ertel-Zentrum für Wetterforschung), which connects the DWD with leading German universities on relevant topics in weather analysis and prediction.

Clemens: The DMG is the leading organization for meteorology in Germany, which gives a home to both professionals and laypersons interested in the science and implications of weather and climate.

EMS LC: When was DMG founded?

Clemens: The DMG was founded (https://www.dmg-ev.de/en/history) in 1883, but split into five regional societies after World War II. The four western societies re-combined in 1974 based on an association established between them in 1964 and finally merged with the Meteorological Society of the German Democratic Republic after the re-unification in 1991 into the current DMG as a registered, not-for-profit association.

EMS LC: What are the objectives of DMG

Clemens: The DMG promotes science in the broad field of pure and applied meteorology and physical oceanography, and disseminates corresponding knowledge. The DMG does not carry out or fund research, but sees its primary objective in the provision of a forum for scientific information and discussion. To achieve this goal, we for example organise national and international conferences, advance opinions on the improvement of meteorological education, contribute to continuing education through talks and seminars, publish and contribute to scientific journals, and issue statements on weather and climate to the public and policy makers.

EMS LC: Could you explain the structure of your society?

Clemens: The DMG primarily consists of about 1800 members, which all elect the DMG’s directorate including its president, as well as the executive boards of the six regional sections. The directorate, the heads of the executive boards, and one member of the various expert committees comprise DMG’s steering committee, which guides the development of the society and controls all financial activities.

Clemens: Coming from a university, I am quite concerned about the decreasing numbers of students taking up meteorology despite the continuously high demand for our graduates in science and industry. Simultaneously, changes in Germany’s university landscape do not favour the comparatively small meteorological teaching units and lead to dilution effects on the core meteorological curriculum. The DMG has to take up responsibility for counteracting these tendencies.

Clemens: Having just started, many consultations with different bodies of the DMG lie ahead of me, which will make me more familiar with the workings of our society. To follow up on my stated concerns, meetings with my university colleagues and representatives of the strong non-university atmospheric science institutes will be scheduled, and – of equal importance – with our young members, who recently organized themselves in a subgroup of the DMG called junge DMG (jDMG, young DMG).

Clemens: Traditionally, the DMG cooperates strongly with our German-affine sister societies, the Austrian (ÖGM, Österreichische Gesellschaft für Meteorologie) and Swiss Meteorological Societies (SGM, Schweizerische Gesellschaft für Meteorologie), together with whom we organise the triennial D-A-CH Meteorology conference. Another link is our common scientific journal Meteorologische Zeitschrift, which was founded in 1884. In order to make it also more attractive for non-German speaking colleagues, the journal publishes only manuscripts in the English language and now also has an English subtitle, Contributions to Atmospheric Sciences (https://www.schweizerbart.de/journals/metz).

Clemens: The meteorological community has from its beginning been organised on an international and even global level – for obvious reasons. The EMS connects our neighboring national societies, which certainly have to deal with similar challenges as the DMG. The EMS facilitates in particular the cooperation of the national societies on the executive levels, which can be used to avoid reinventing the wheel. Also for other challenges to our field we all could benefit by an enhanced European cooperation. I’m certain that more efforts in that direction would also make our field more attractive for our youth.

EMS LC: What changes do you believe your society needs to make

Clemens: The DMG has a very distributed and flat organisational structure. This makes the society very well accepted in the regions, where so many of our members invest much time and efforts in spreading our science to the public. On the other hand, the rather independent operation of the regional sections and the expert committees requires quite some time and efforts also for the steering committee. We always have to question and discuss the effectiveness of organisational structures to keep undisputed merits while streamlining its governance. Similar efforts need to be taken for the activity of our society in social media.

Previous EMS2020: Call for abstracts until 8 April Next Media-Workshop for TV presenters and communicators