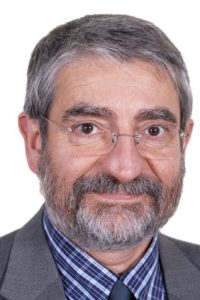 Dominique Marbouty is the current Vice-President of the EMS. He is also the vice-president of Météo-et-Climat, the French meteorological Society.

In the last part of his professional career Dominique Marbouty has been a member of the General Council for Environment and Sustainable Development, the audit body of the French Ministry for Environment, together with being the French coordinator for the European programme Copernicus and GEO, from 2012 to 2018. Before that period, he was Director-General of the European Centre for Medium-Range Weather Forecasts (ECMWF) in Reading, United Kingdom, from 2004 to 2011, and previously Director of Operations at ECMWF from 1999 to 2004. Before joining ECMWF, Mr Marbouty was Deputy Director General of Météo-France for 10 years (successively in charge of operations, strategy and the development of regional services). He started his career doing research on snow physics and avalanches.