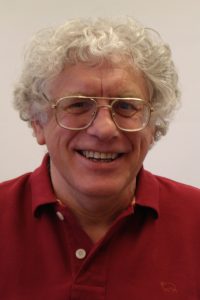 Bob Riddaway is the current President of the EMS. He has been elected in September 2017 for a three year term.

He has been a member of the Editorial Board (the predecessor of the Liaison Committee) since its establishment in 2008 and also chaired it until September 2017.

Bob has represented the Royal Meteorological Society on the EMS Council from 2008 to 2015.

Webinar: An Introduction to the PALM model

Here you find a template for interviews of the Liaison Committtee with individual members of EMS Societies.