At the EMS2018 in Budapest, Emily Gleeson (Chair of the Liaison Committee) and Tanja Cegnar (Chair of the Media and Communication Team) interviewed conference participants and organisors. 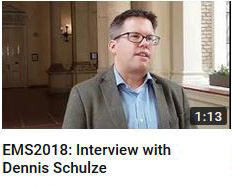 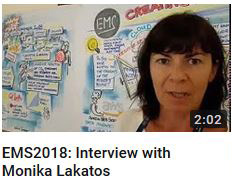 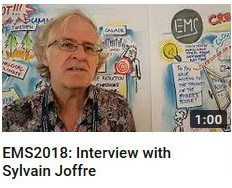 The following Sessions were recorded

InVision Communications, a global TV production company, has partnered with the EMS to produce the official broadcast for the EMS Annual Meeting 2017 in Dublin.

InVision has covered some of the plenary sessions like the opening, the awards session and the plenary keynote presentations, and conducted numerous interviews with the new EMS President, the Poster Award Winner 2016, some of the winners of the Young Scientist Travel Awards to attend this meeting, and a number of other participants and presenters.

Highlights of the EMS2017 Opening day

More footage of earlier conferences and interviews is available on the EMS YouTube Channel.

Conference TV: films on research institution shown at the EMS2017 in Dublin

As a part of the Conference TV project, the company had offered research institutions the opportunity to have a high quality film produced to highlight their key programmes, research and technologies. These films were broadcast to the attendees at the EMS Annual Meeting during the conference week and are available online: