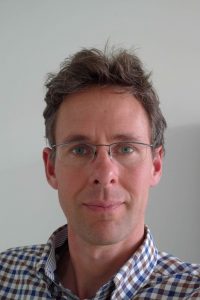 The first award winner is Bert G. Heusinkveld, University of Wageningen, The Netherlands. He is awarded for the publication:
Spatial variability of the Rotterdam urban heat island as influenced by urban land use, published in the Journal of Geophysical Research: Atmospheres, 2014.

The award was presented during the EMS Annual Meeting Awards Session on 08 September 2015 in Sofia, Bulgaria: Photo gallery of the Awards Session.