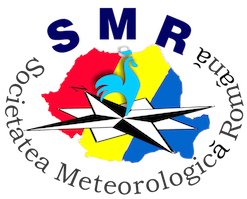 etatea Meteorologică Română (SMR), which currently has 150 members, brings together professionals in meteorology, people who have dedicated their lives to the progress of the science and enthusiastic youths and experts from other fields.

The Society hosts a wide range of activities with the aim of disseminating scientific knowledge to the general public, educating children, youths and the public, and providing expert input to research studies and projects. SMR’s activities involve close cooperation with the National Meteorological Administration, an institution with a long tradition and vast expertise in Romanian meteorological issues.

During the last year, there have been several important activities. The Annual Scientific Session of the National Meteorological Administration took place on the 9th and 10th of November 2017, with SMR as co-organiser. SMR awarded prizes to Mihăiţă Huştiu for the paper “Radar characteristics associated to an instability line in western Romania – 17 September 2017” and to Raicu Mihaela Alexandra for the best oral presentation on the paper “Influence of the Mediterranean cyclonic activity over Romania – a case study – 19-21 April 2017”.

On the 24th of March 2018, the Mihai Bravu Technical College, in cooperation with the Bucharest Teaching Staff Research Centre, SMR and the Bucharest Education Board organised the fifth national symposium on “Atmospheric Phenomena and Weather Evolution on the Globe” which was open to students countrywide. A interdisciplinary “Ştefan Hepites” Physics-Geography competition was run in parallel with this symposium.

To mark World Earth Day on the 20th of April 2018 SMR, in cooperation with the Gheorghe Ionescu Şişeşti Academy of Agricultural Sciences, the Romanian Academy, and the Group of Ecological Initiative and Sustainable Development Foundation, organised a forum with the theme “Let’s put an end to pollution by plastic material”. During Spring there were contests open to students around the country organised by Professor Iulian Stancu (a member of SMR) from Mihai Bravu high-school, in cooperation with SMR. A Science and Technology Festival was also organised, with significant participation by RMS members.

On the 22nd of May 2018 the General Assembly of the RMS took place and was followed by a round table discussion on the theme of “Interactions of the north-north-eastern cold flow with the Carpathian arch” presented by Dr. Ion Drăghici.

In June, an SMR Bulletin was issued containing the following content:
– Meteorological characterisation of the spring and summer of 2017
– Floods in the latest decades
– Tornadoes and waterspouts in Europe. Illustrations depicting events from 1555 to 1910
– About the rain
– Extreme weather phenomena and the public
– Summer temperature extremes in south-eastern Romania.

Previous Fabra Observatory Barcelona recognised as WMO Centennial Observing Station Next What does the EMS Annual Meeting mean to me?