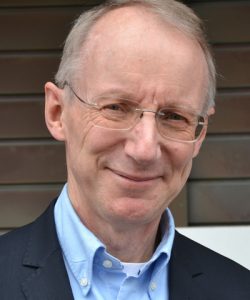 Mats Olofsson has a background as meteorologist with many years in the Swedish Military Weather Service, for which he became the chief executive in 1998. He has worked extensively with information systems development and research and in 2005 he was appointed as Head of R&T (Chief Scientist) for the Armed Forces overall research and technology program. During this time, he was also engaged by the Swedish Research Council as committee member and reviewer.

He left the Armed Forces in 2013 to become a consultant in research, technology and innovation, today working halftime for the Swedish strategic innovation program in Aeronautics (Innovair), nationally and internationally. He is also engaged in various networks and writes about areas like AI, unmanned systems and small satellites.

Mats Olofsson is a member of the Royal Academy of War Sciences, where he in 2017 led a project about Digitalization of the Defence and the impact of new technologies.

In younger days he did a few years in aid activities for the UN (WMO) and the Swedish International Development Cooperation Agency. Today he is a member of the editorial group for Polarfront – the journal of the Swedish Meteorological Society.