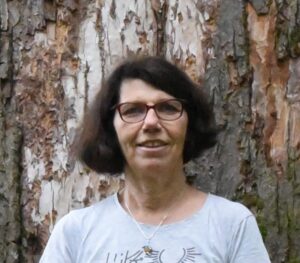 Joanna Wibig is Professor of Earth Sciences and Chair at the Meteorology and Climatology Department at University of Lodz (www.geo.uni.lodz.pl) in Poland. She was a member of EMS Council in years 2007-2009 and 2012-2015. Joanna is Vice-president of the Polish Geophysical Society and a Chair of Meteorological Section of this society. Among her organizational activities are the local hosting and organization of the 12th EMS Annual Meeting & 9th European Conference on Applied Climatology (ECAC) in Łódź, Poland (2012) as well as the organization of several national climatological conferences and summer schools.

Joanna Wibig is a climatologist with a background in physics of atmosphere. She was graduated in physics (specialization in atmospheric physics) at the Faculty of Physics of the University of Warsaw. Since 2013 she has been the head of the Department of Meteorology and Climatology at the University of Lodz. In 2009 she obtained the title of professor of Earth Sciences. Her research interests include contemporary climate changes (contemporary = instrumental period) – their detection and attribution of change factors, the impact of atmospheric circulation on the course of weather in Europe, climate projections for the 21st century for Central Europe based on simulations of regional climate models and extreme weather events in the past and their projections for the 21st century. She coordinated the implementation of over 10 research grants financed by the State Committee for Scientific Research, Ministry of Science and Higher Education and the National Science Center, and one under the 6th Framework Program of the EU. She has been a reviewer of several IPCC (Intergovernmental Panel on Climate Change) reports and was an expert of committees awarding grants of the Polish National Science Center, Portuguese Science and Technology Foundation, 5th and 6th EU Framework Programme.