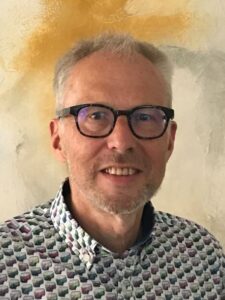 Bert is the current President of the EMS. He has been elected for a 3-year term until autumn 2023.

Bert Holtslag is Emeritus Professor of Meteorology and former Chair at the Meteorology and Air Quality Section at Wageningen University (www.wageningenur.nl/maq) in the Netherlands (period 1999-2019). Besides being President of EMS for a period of 3 years, Bert is member of the Advisory Board of the Royal Netherlands Meteorological Institute (KNMI) and member of the International Advisory Committee of the Research Application Laboratory (RAL), National Center for Atmospheric Research (NCAR), Boulder CO.

Before his affiliation with Wageningen University, Bert was working (as a part time) professor of Meteorology at the Institute for Marine and Atmospheric Research at Utrecht University (1993-1999), and at the Royal Netherlands Meteorological Institute (KNMI) in various research positions (1977-1999). Bert also made frequent visits and sabbaticals to other Universities and Institutes, in particular to the National Center for Atmospheric Research in Boulder, CO, USA. As a Wageningen and Utrecht professor he has been advisor and co-advisor of many MSc and around 50 PhD students.

Bert has a large track record in research and leadership of national and international projects and programmes dealing with modeling and process studies for weather, air quality and climate. In addition, he has been involved in modelling and conceptual analysis of observations dealing with atmosphere-land interactions, surface fluxes, boundary layer processes, wind energy and urban meteorology. Among his organizational activities are the co-chair ship of the GEWEX Atmospheric Boundary Layer Study (GABLS), the hosting and organization of the 15th Symposium on Boundary Layers and Turbulence of the American Meteorological Society in Wageningen (2002), the local hosting and organization of the 7th GEWEX conference in The Hague, NL (2014) as well as the organization of several advanced summer schools and expert meetings. Bert has also been a co-convener of sessions on small scale process studies and atmospheric boundary layers at the yearly EMS conferences since 2007.