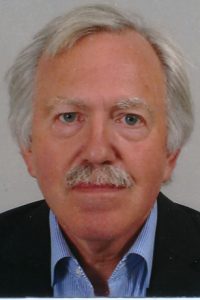 Ben Dieterink was a member of the selection committee for the EMS Technology Achievement Award since its launch in 2015, and chaired of the committee until the end of 2020.

Ben Dieterink studied electronics and business management and started his career in 1975 with Philips Electronics, Road Traffic Control Systems, in Hilversum, the Netherlands. During his work at Philips he developed an interest for test and measurement equipment and metrology. He decided to switch from development to marketing and sales and continued his career with various companies in the test and measurement market.

In 1990 Ben started with Kipp & Zonen BV in Delft, the Netherlands, as international market and sales manager. Kipp & Zonen was a worldwide leading company in strip chart recorders and data-acquisition equipment. On a small scale Kipp & Zonen also manufactured since 1923 solar radiation measuring equipment like pyranometers.

In 1992 he was appointed as CEO. At the same time the management decision was taken that Kipp & Zonen would leave the recorder and data acquisition market in order to focus fully on the upcoming market of measuring solar radiation, including far infra-red and UV. The company developed a full range of equipment and systems serving the markets of meteorology, climatology, agriculture and renewable energy.

In 2002 Ben together with some friends acquired the shares of Kipp & Zonen. The company was sold in April 2014 through a management buyout.

Ben is now retired but still active as chairman of the supervisory board of Scintec AG in Germany.