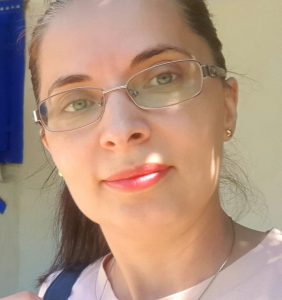 Andrei Meda Daniela (Georgescu) is a forecaster at the National Meteorological Administration of Romania; she joined the service 20 years ago.
She has been a member of the Romanian Meteorological Society for as long, too.
Currently she is also completing her PhD; she is enrolled as a student Faculty of Physics, Bucharest University and is in her final year.

The Societies in Romania – Societatea Meteorologică Românăto (SMR) and Asociația Română de Meteorologie Aplicată și Educație (ARMAE) have been elected to be represented on the EMS Council for the term autumn 2020–autumn 2023.
In the first half of the term Sorin Cheval (ARMAE) will be the Representative and Andrei Meda Daniela (SMR) the Deputy Representative; in the second half of this term the roles will be reversed.