The EMS invites submissions for the following Media Awards:

The submission deadline for all three awards is extended to 25 May 2015.

Exchange on how to improve communication of meteorological and climatological information between developers, users, stake holders and decision makers, and to the general public has been one of the central objectives of the EMS since its foundation in 1999. To highlight outstanding examples and achievements, the following four EMS Media Awards have been established: Media Weather Forecast Award, Outreach & Communication Award, Journalistic Award, and Broadcast Meteorologist Award; the latter two are given bienially, the next Journalistic Award will be announced in 2023. 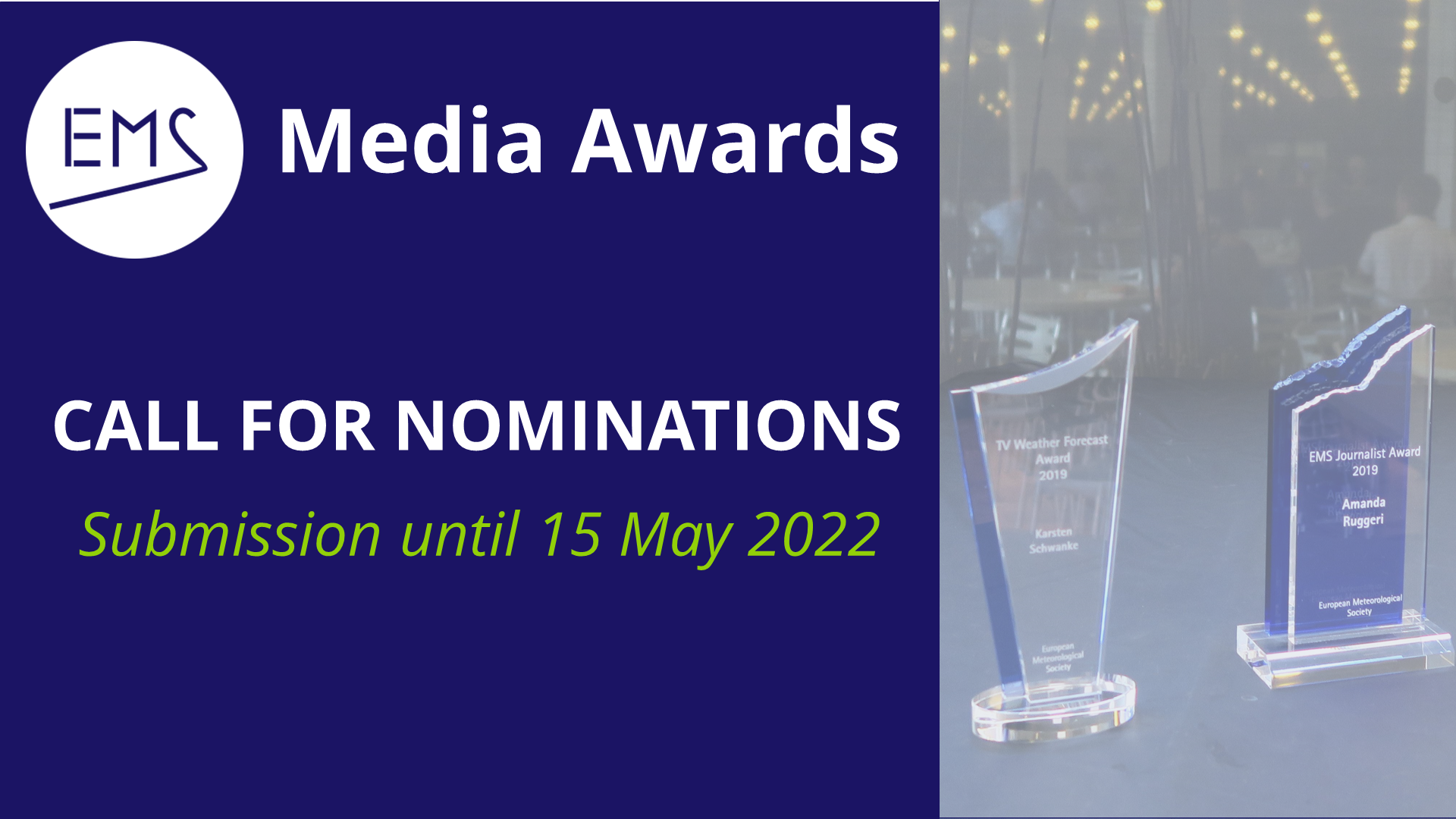