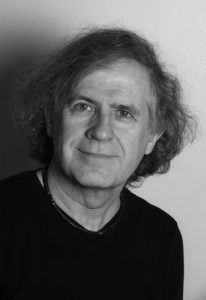 Sylvain Joffre was honoured for pursuing and advancing the growth of the Annual Meeting activities of the Society through continuous and exceptional dedication to international networking and connecting diverse communities.

Sylvain is a member of the Committee on Meetings since its re-establishment in 2008, and has been leading the committee since 2014. He had a major role in establishing the EMS as a player among the European meteorological community with its diverse actors and stakeholders. He made exceptional efforts to bring in new components of the meteorological and climatological community to the EMS Meetings, starting with COST actions in the earlier years, and more recently the Copernicus services on Climate Change and Atmospheric Monitoring.

Sylvain Joffre very early on promoted the enlargement of the Annual Meetings that were focussed on atmospheric dynamics, weather and climate, towards communities studying interactions with, changes in and impacts on atmospheric composition and pollution/chemistry as well as space weather and oceanography. He strongly contributed to develop the profile of these subjects at the Annual Meetings.

Sylvain Joffre retired in 2016 from the Finnish Meteorological Institute (FMI) where he was Head of the Meteorological Research Department since 2008.