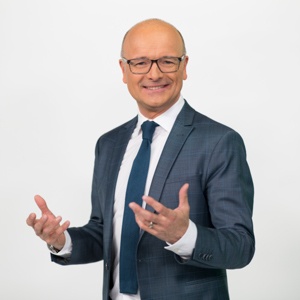 The forecast by Karsten Schwanke, broadcast on the ARD Weather Show on 16 February 2019, was selected for the EMS TV Weather Forecast Award 2019. The presentation is an excellent example of how to link a weather forecast with explaining meteorological phenomena.

Schwanke decided to use half of the presentation time to explain the role of humidity and cold weather evaporation over a deep snow pack. The tone he uses in conveying weather information is friendly and the explanation, with well-done simple graphics, is understandable to a wide audience. His presentation is animated and very engaging. When appropriate, he smiles at his audience during his presentation. This is an outstanding example of Best Practice.

broadcast on the ARD Weather Show on 16 February 2019:

Karsten Schwanke at the EMS Annual Meeting 2019 in Copenhagen, with the Award Trophy: