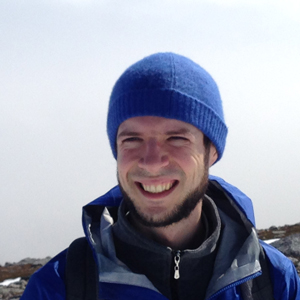 Gabriele Messori, Italy/Sweden, receives the YSA award for his ground-breaking contribution to the understanding of planetary wave-breaking, storm-track variability and their link to mid- and high-latitude weather extremes.

Gabriele Messori obtained his masters degree in theoretical physics from Imperial College London in 2010, and three years later obtained his Ph. D. in atmospheric physics from the same institution. Since then, he has held a postdoctoral position and a research fellowship at Stockholm University and a permanent researcher position at the United Kingdom’s Met Office. He is currently Associate Professor in Meteorology at Uppsala University in Sweden, where he leads an ERC grant and an H2020 ITN grant.
Gabriele’s research focuses on linking large-scale atmospheric dynamics to mid and high-latitude weather extremes, and tackles two crucial challenges in modern climate science: namely to characterize the physical drivers of societally and economically relevant extreme events and enhance our ability to predict them. His work has spanned processes ranging from storm track and jet-stream variability to recurring planetary wave patterns and atmospheric energy transport, linking these to a broad range of weather extremes including windstorms, heatwaves, cold spells, heavy precipitation and flooding, and compound extremes.
In parallel with his research activity, Gabriele has been an active communicator, coordinating meteorology activities at science fairs, co-creating a scientific comic strip for schools and collaborating with several online scientific blogs and sites.