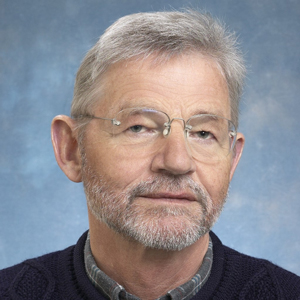 Erik Lundtang Petersen was selected as Laureate of the EMS Silver Medal 2021 for his outstanding scientific contribution to wind energy meteorology and his leading role in the creation of the European Wind Atlas which is regarded as a major contribution to the future of European resilience.

Erik Lundtang Petersen has been instrumental in developing the meteorological/climatological discipline “Wind Power Meteorology”. He led the work that resulted in the “Danish Wind Atlas”. Together with the Danish Meteorological Institute, Erik and his co-workers developed the “Wind Atlas Methodology” based on basic meteorological principles which enables wind power developers to calculate the wind climate at any place in Denmark. It helped to increase the public understanding of the nature of the wind and its dependence of terrain roughness and orography. The concept “Wind Atlas Method” is now recognized worldwide.

One of Erik’s merits is his long-standing commitment to improving the general understanding of the importance of meteorology and climatology for any wind energy project and the development and utilization of wind energy. He has also been active in communicating the importance of understanding the atmospheric turbulence in the boundary layer and its interaction with structures such as wind turbines. The first large turbines failed due to the constructor’s lack of this understanding.

A constant thread through his scientific work is the urge to understand atmospheric turbulence, especially in the atmospheric boundary layer. This included the fundamental understanding of turbulence as well as its influence on air pollution, construction of building structures and wind energy. Erik’s research has always been based on a combination of methodical analysis, numerical modelling and, most importantly, experimental work. Almost everyone in the world who works with wind energy, from designing wind turbines to regional planning of wind farms, makes use of research that has been carried out under Erik’s leadership.

Employments and services to the meteorological community

M.Sc. 1970 from the Technical University of Denmark: Civil engineering, hydrology, hydraulics, fluid mechanics. Oceanography and meteorology at University of Copenhagen and climatology at the Royal Veterinary and Agricultural University at Copenhagen.